A Chain-force Monster is a type of Monster Card that is colored light blue. They are located in the Extra Deck. 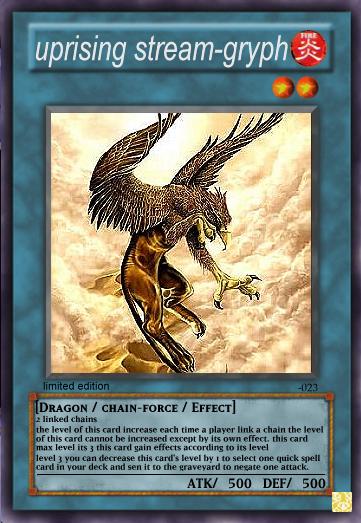 Retrieved from "https://ycm.fandom.com/wiki/Chain-force_Monsters?oldid=172761"
Community content is available under CC-BY-SA unless otherwise noted.