DARK monsters are perhaps the most numerous of all monsters. Many well-known monsters are of the Dark attribute, such as Dark Magician of Chaos and Jinzo. Fiends and Zombies are usually DARK types and so are all the Destiny Heroes and Ally of Justice. Many Spellcasters are also DARK, such as the "Dark Magician". Although LIGHT is the polar opposite of DARK, neither side has a true advantage over the other in general, although there are cards such as "Luminous Soldier", "Penumbral Soldier Lady", "Hoshiningen" and "Witch's Apprentice" which lower the stats of the opposing attribute, as well as the recent archetype Ally of Justice which focuses heavily on DARK monsters that power up by destroying LIGHT monsters.

Being one of the most versatile and common Attributes, Dark monsters and the cards akin to them can work with many different Deck Types, and rarely does a typical deck lack at least one. However, it can be said that many DARK cards have something to do with Spell Cards and the like, perhaps reflective of the mysterious and shadowy nature of darkness, coupled with the great number of DARK Spellcasters. DARK monster decks often have abilities relating in some way to the use of the Graveyard as well, depending on the Archetype in question, by using it as a resource in some way (though the primarily DARK Gravekeeper's Archetype notably prevents the use of the Graveyard as a resource).

There are many all-DARK archetypes, but they tend to also be restricted to monsters of a particular Type. The only multiple-type archetype to focus on DARK monsters in general are the "Dark Counterparts", composed of DARK versions of many existing popular monsters. 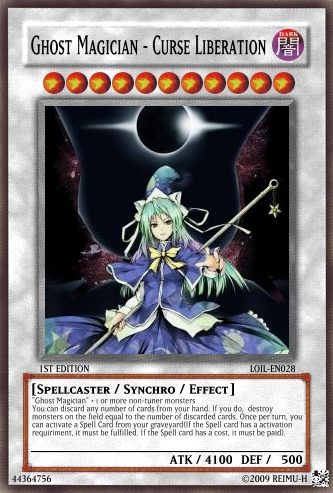 Gameplay and Glossary
Retrieved from "https://ycm.fandom.com/wiki/DARK?oldid=295753"
Community content is available under CC-BY-SA unless otherwise noted.