Effect Monsters are Monster Cards with an orange color border. Similar to Normal Monsters, these monsters have an effect (Special Ability in the anime), which is demonstrated clearly by the fact that they have the Type 'Effect' beside their regular sub-type (Reptile, Spellcaster, etc.). Effects vary greatly, and are classed in five different types:

There is also a sub-effect Type, Pseudo-Flip Effects, which is essentially a Flip, without the printed word 'FLIP:', and with the effect treated as a Trigger Monster Effects.

Some Fusion, Synchro and Ritual Monster have effects, and are therefore also treated as Effect Monsters. Toons, Unions, Geminis, Spirit monsters, and some Tuner monsters are all still types of Effect Monsters.

An Effect Monster's effect, if particularly powerful, may be balanced out by the monster itself being weak in ATK and DEF for its level (such as cards like ""Ancient Gear Engineer"" or "Needle Burrower""). Conversely, some cards with ATK that is too high for a monster of its Level may have negative effects detrimental to their use (such as cards like "Giant Kozaky"" or "Giant Orc").

Some Effect Monsters have a dot (•) with an effect written after it. This dot usually represents an effect that is active while certain requirements are met, and sometimes this effect can be negated on its own when those requirments are no longer met (ex, the Infernity monsters have effects that are only active while the controller has no cards in their hand, and the Morphtronic monsters have two different effects, and either one of those effects can be active while that monster is in a certain Battle position). Some Effect Monsters that have 2 or more dots usually have effects that give the controller a choice on what they want to do at a certain time (ex, "Don Zaloog ", but some of these effects have a basis for the activation (ex, "Neo-Spacian Glow Moss"]" and all Fusion Monsters with "Neo-Spacian Glow Moss" as a Fusion Material, "Gorz the Emissary of Darkness" and "Dark Hunter"). 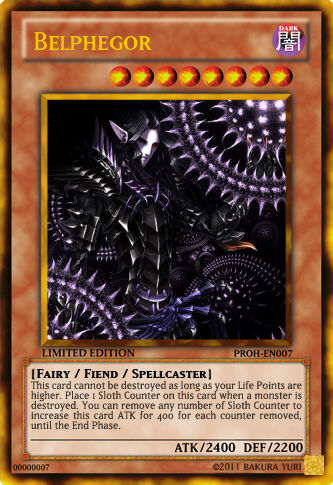