Hybrid Monsters (モンスター Zasshu Monsutā) are a type of Monster Card that exists in the Extra Deck. The original concept of Hybrid Monsters was created by Ultimate Dragon Knight, but the type has been refined into a more unique type of monster by Taylor Gorrell. The color of their card frame is a bright green, a different shade than the one used by Spell Cards.

Originally, Hybrid Monsters were almost identical in use to Fusion Monsters, with the exception that Hybrid Monsters always had at least 1 Spell or Trap Card as a Material.

While most Hybrid Monsters have Levels, those that specifically state an Xyz Monster or a Composition Monster in their Splice Cards often have Ranks or Qualities, making Hybrid Monsters the only monster type able to have more than one power indicator.

Hybrid Monsters debuted in Taylor Gorrell's Yu-Gi-Oh! ARC-V fanfiction, Fury of the Dragon, with "Helix Chimera Hybrid Dragon". They are stated to be the trump card of the mysterious Helix Duel School, created through powerful technology believed to be linked to the Splice Matrices. Though only HDS possesses them at the moment, it is hinted that Reiji Akaba had something to do with their creation. 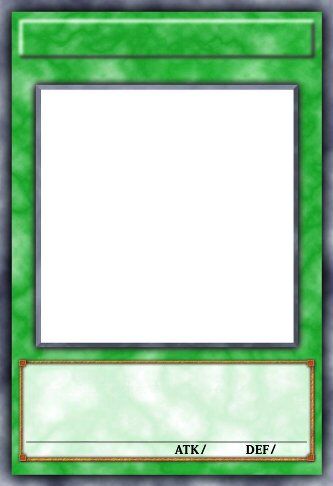