Imaginary Monsters are a variation of Monster Card that can only be Imagination Summoned introduced in Alex Gailson's fan fiction "Yu-Gi-Oh! CD".

The color of the frame is neon pink. Unlike any monsters before them, these cards are Level 0. As a result, they cannot be used for a Synchro Summon. These monsters are placed in the Extra Deck and work in the same way as a Fusion Monster, except there is no need for a mediator card like Polymerization to Summon them. In addition, Spells/Traps can also be used as Material to Summon them as well as monsters. Because Imaginary Monsters belong in the Extra Deck, they return there whenever they would be returned to the hand or Main Deck. Also, like Fusion Monsters, they cannot be Special Summoned from the Graveyard if that were not properly Imagination Summoned first.

To Imagination Summon a monster, you must fufill two prerequisites. First, you must pay Life Points equal to the ATK of the Imaginary Monster you plan to Summon. This is a simple task since most Imaginary Monsters have low ATK. Second, you must send cards on your side of the field listed as Imagination Material in the card text to the Graveyard.

The theme of these cards is to represent the imaginary friends that children create to cope with loneliness. It is because of this concept that all Imaginary Monsters share the common effect of not being able to be attacked or be targered by the effects of an opponent's monster, since they can only be seen by the children who created them. However, because they cannot be targeted by an opponent's monsters, if you only control Imaginary Monsters, your opponent can attack your Life Points directly.

In the fan fiction, when an Imaginary Monster is Summoned, the Imagination Material Cards become transparent, fuse together, then funnel into an aura around the user, which is when the Life Points are reduced. A new monster will then form itself out of the aura into an Imaginary Monster. Unlike other monsters in the series, the holograms Imaginary Monsters cannot be seen by adults, even if the one who Summoned it is an adult. Only children and people with a mind full of imagination and/or childlike wonder can see them, which is why they can't be attacked or targeted by an opponent, because the monsters can't see them. 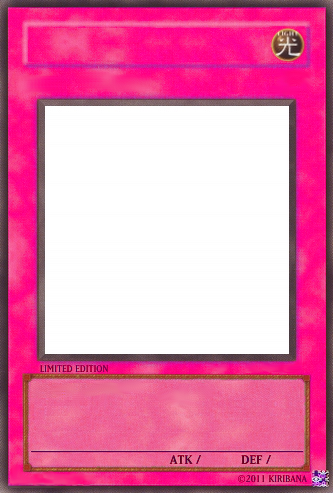 A list of Imaginary Monsters can be found Here

Retrieved from "https://ycm.fandom.com/wiki/Imaginary_Monster?oldid=307727"
Community content is available under CC-BY-SA unless otherwise noted.