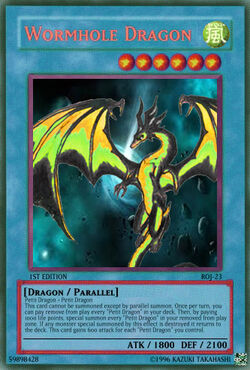 Parallel Monster are a type of Monster Card, first released in Return of Justice. The color of their card frame is light blue, with an orange card name. These cards are placed in the Extra Deck.

Due to it's effect to Special Summon 2 Level 4 or lower Normal Monsters of the same name from your Deck, Rescue Rabbit is a vital card in decks focused around Parallel Monster.

Retrieved from "https://ycm.fandom.com/wiki/Parallel_Monster?oldid=306562"
Community content is available under CC-BY-SA unless otherwise noted.