This is the timeline of the Yu-Gi-Oh! universe in XBrain130's fanon. While major events all fit with canon, a few details differ, such as what implies that a single continuity between all anime series does not exist in the first place.

For a visual representation of this timeline, see here. For a more in-depth listing of all canon dates, visit the ones on Yugipedia here and here. 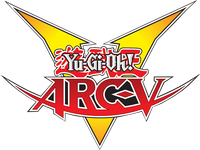