Token Monsters are used as representations of Monster Cards. The Tokens represent monsters that appear on the field as part of a card effect. These monsters are not included in the Main Deck.

A Monster Token can be represented by a coin (Heads is treated as Attack Position and Tails is treated as Defense Position), a die, or other such acceptable marker. Fan-made cards are often used as markers in Tournament Duels by experienced players. Also, Fluff Tokens, Ojama Tokens, and Sheep Tokens have been made into official cards. These cards have a grey background to differentiate them from other Monster Cards and also lack any kind of text, instead being all named the more general "Token" and with the effect text "This card can be treated as any token". The new Yugioh 5D's Card tins include random tokens as well, like the Regenerating Rose Token, the Destiny Hero - Double Dude Token, and Arcana Force XVIII - The MoonToken.

During a duel, most duelists using Tokens keep them in a small pile next to their deck, just below the removed from play zone, so that they don't get lost, or knocked off the table. Some players call this the "Token Deck" or "Token Zone".

Token Monsters can be Tributed (where applicable), and can be the legal targets of effects that return cards to the hand or Main Deck as part of an effect, but not as part of a cost. Token Monsters are also useful for Synchro Summons as they still have Levels. Similarly, they can also be used for Ritual Summons and even Fusion Summons. 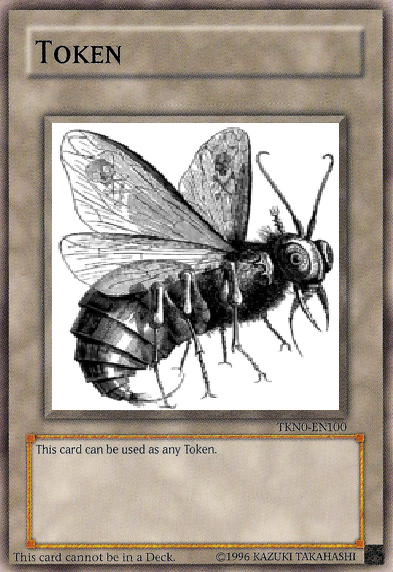 Retrieved from "https://ycm.fandom.com/wiki/Token_Monster?oldid=320727"
Community content is available under CC-BY-SA unless otherwise noted.