Unity Monsters are a kind of Monster Cards based on the anime version of "Supreme King Z-ARC" from Yu-Gi-Oh! ARC-V.

The bottom half has a Pendulum Scale and Pendulum Effect box, while the top half resembles a mix between an Effect Monster, a Fusion Monster, a Synchro Monster, and an Xyz Monster.

They are Special Summoned by Unity Summon, banishing monsters from your hand, field, Main Deck, Extra Deck, and/or Graveyard. Due to being three types of Extra Deck Monsters at once, they are also placed in the Extra Deck instead of the Main Deck. In addition, due to being partially Xyz Monsters, they are always treated as having a Rank equal to their Level.

How to Unity Summon

As stated above, Unity Monsters can require monsters from pretty much anywhere. Some require specific monsters as Unity Materials.

As with other Extra Deck Pendulum Monsters, they can also be placed in the Pendulum Zones after leaving the field and use the Pendulum Scales and Pendulum Effects they have. 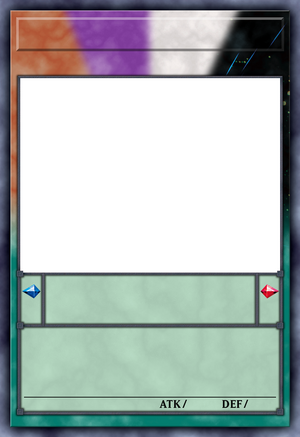 Retrieved from "https://ycm.fandom.com/wiki/Unity_Monsters?oldid=280883"
Community content is available under CC-BY-SA unless otherwise noted.