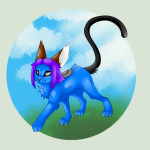 This my Thank page. :D Here i thank some awesome people for helping me with my card.[Number 38; Ancient Gear Gadjiltron Prime Dragon]

NovaTsukimori- I would like to thank him for pointing out some flaws on my card, like it's ATK power and XYZ Units. I made the card mainly for a fanfic of mine and in my Main character's deck, she doesnt have too many level 8 monsters, thats why I left the ATK, but changed 'Overlay units" to "XYZ Units". ^^ And also the Japanese, of 'Anicent Gear" Thank you very much ^^

LionHeartKing- I would like to thank him for making me a better effect on my card. Even though he liked the concept of created a boss XYZ for Ancient gears, he had a agreement with Nova about the ATK power. But, I love the changes he did. Thank you. ^^ I usally help my own friend for effects on her cards, but that was AWESOME! ;3 I bow down to the LIonHeartKing! XD

Retrieved from "https://ycm.fandom.com/wiki/User:Britten111?oldid=217693"
Community content is available under CC-BY-SA unless otherwise noted.