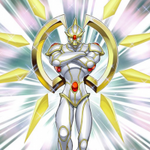 I've been playing Yugioh ever since it premiered in the US and in that time have used many different decks, but consistently my favorites have always been dragons decks, namely: Disaster. I just love it, it's able to act as a control deck while still maintaining the high attack point monsters that many others can't manage. After that, I love Fiends. My favorite card used to be Dark Necrofear, but currently I just use Fableds. My current favorite card, and has been ever since I pulled it way back when, is Chaos Sorcerer, and I shouldn't need to explain why. Right? Right. Other than those, I like Dragunities and E-HERO's- mainly The Shining (was I THAT obvious?). I've tried playing X-sabers, but I'm just too cheap to buy the cards necessary.

Besides Yugioh, I'm also a self-proclaimed video game fanatic, PACKERS FAN, Hater of Bears and Bear cubs, in any form and media, but mainly those pertaining to chicago. I love to write the most, I write short stories as well as novels. I've tried my had at poetry, but I just can't stand it. I've begun writing a fan fic in the YCM forums, and will be using cards from the boosters I've created in them. If you're interested you can find it here .

As to the Pictures

By now, I'm sure you've noticed that I don't have the pictures for any of the cards posted onto any of the cards that I have created. The reason for that is that I don't have pictures to use as card art. More importantly, I despise even the thought of taking them off of image boards and the such. It eliminates the originality of the piece and makes the card simply one of a million others on this site. Therefore, if I were to use images to actually "make" these cards, I would need to draw them myself, but seeing that my artistic ability only extends as far as my high school art class taught me, that would be rather impractical.

Retrieved from "https://ycm.fandom.com/wiki/User:Scorn9?oldid=141911"
Community content is available under CC-BY-SA unless otherwise noted.