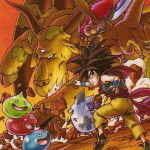 Please read the card Guidelines before making a card, Structure Deck, or any other article. Failure to do so will result in your card being deleted or being tagged for deletion by others.

It's not done to be a jerk; it's done so that the site isn't filled with crap articles or articles that looks like crap. If you want your stuff to look right, simply look at the work of someone else's Structure Deck, Pack, etc. and go from there. Or at the very least, ask someone for help if you don't know how to make a proper table for said articles. --Comet Knight 05:54, March 18, 2011 (UTC)

1. You don't leave the comment you wrote in your own Talk Page.

2. I didn't call your cards crap. I only said to read the Guidelines, or risk having your cards deleted; and that this site has a low tolerance for improper articles.

3. Read the guidelines before posting an article. Following the Guidelines. It's on the Main Page of the site. It's there for a reason. Just to bring the point across: READ THE GUIDELINES BEFORE YOU MAKE AN ARTICLE.

4. When leaving a message on someone's talk page or forum, Press the signature button at the end of your post before you press publish. It says it in bold letters before you can post. --Comet Knight 06:16, March 18, 2011 (UTC)

Read that. Copypaste the table into the article in question (Structure Deck/Pack) and work from there. Work on it in your sandbox or anywhere else until it's ready to be published.

Yes. It's that simple.

It's really not necessary to delete the article. It's actually well made, aside from the fact that it's missing the Archetype template. All you have to do is simply copy and paste the one provided in the Established Standards and put your cards in that. That's it.

Also, the template can be found here.

Lastly, I usually wait at least a week before actually deleting anything that can be salvaged or corrected. --Comet Knight (talk) 12:50, August 22, 2012 (UTC)

Look at your Arctic HERO page under the editing screen. Notice how there's a table link at the bottom of the page {{Arctic HERO}} instead of the entire table data? That's because the Archetype Template now has its own separate page. An Archetype and its respective template must have 2 separate pages. --Comet Knight (talk) 13:00, August 24, 2012 (UTC)

Because you're supposed to copy and paste the last 5 lines of the pack template for each individual card until you've added them all in. It even says to repeat that step for each card on the guidelines. --Comet Knight (talk) 16:48, August 24, 2012 (UTC)

There wasn't any issue with the cards themselves so much as the Voltic HERO page itself. The article lacked a basic Archetype Template table, and as a result, was tagged and deleted at another time. The article will be restored, but it will have to get an Archetype Template (that goes on a separate page BTW) or will be tagged again. --Comet Knight (talk) 02:54, September 3, 2012 (UTC)

You're listening to me, and yet you're not. You put an Archetype Template on the Archetype page, but, you didn't put the template on its own separate page.

Look at the Voltic HERO page under the edit screen. Notice how there's a link used instead of the entire table being placed there? Notice how {{Voltic HERO}} is used instead of the entire table being placed? That is what I'm asking for when I say place an Archetype Template on the page. When you put the entire template on the same page as the article, it will incorrectly list the Archetype as an Archetype Template, as well as every card you make. In addition, it means that you haven't actually made the template yet to the site, which means none of your cards can be correctly linked back to your archetype page.

Retrieved from "https://ycm.fandom.com/wiki/User_talk:Autobots123x?oldid=172147"
Community content is available under CC-BY-SA unless otherwise noted.