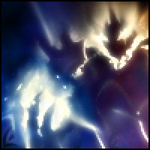 Hi! I'm YRPOtaku169! 01:22, December 22, 2011 (UTC)
I have been observing your work, along with Taylor Gorrell, a friend and colleague of mine here on the site, and we have noticed that a few of your cards have some minor punctuation errors.
We were wondering if we could have permission to give them some slight modifications to improve their card grammar. We do not intend to harm any of your pages. We merely wish to help a fellow editor of the wikia.

YRPOtaku is correct. We simply wish to help you with some of your cards, cleaning up effects and adding links to them, such as some of your Virus cards. Taylor Gorrell 01:25, December 22, 2011 (UTC)


And how do you delete them?

Why did you delete the Damage Step article, an essential article that links to several thousand cards, as well as other Gameplay related articles, without at least replacing the articles in question? Even if they needed cleanup, it would've been best to leave them be until they were well, cleaned up.

Also, when you use CardTable2, you have to input the card parameters (Categories) in manually at the bottom of the article.

When you're labeling cards with categories, it's "x" Monsters, not "x" Type or Attribute. Furthermore, it's not necessary to categorize a card as a respective Archetype as Archetype Templates and Archetype pages cover that anyway.

Right now my main computer is infected by virus, I couldn't turn it on or surf the internet, so I will fix it when I fixed it.

Problem with an archetype page

I made a few monsters of an archetype called "Elite", and then I made a page for the archetype, and posted an example of an Elite monster as a CardTable. So because of that the page is now in the Monster category and I don't know how to get rid of that category. I thought that admin may be able to do it so I'm asking you. Kakashiofthemangakyo 16:00, March 26, 2012 (UTC)

You misunderstand me. I made a page about an archetype knowns as "Elite". I posted a CardTable of an Elite monster on that page as an example. Because of that card table, the category of the page is a Monster. I know that to remove a category I need to simply click delete on the right side, but it added the category automatically and isn't displayed in the right side of the edit. Kakashiofthemangakyo 13:22, March 27, 2012 (UTC)

By the way, Belphagor's attribute is DARK on the card itself, but your wrote WIND on the cardtable. Kakashiofthemangakyo 13:37, March 27, 2012 (UTC)

Thanks, but now I have a different problem. For the archetype template that appears on the bottom of the page, it has 2 of my monsters listed on it. I made another monster from that archetype a while ago and I want to add to that list of monsters on the template at the bottom. How can I do that? Kakashiofthemangakyo 15:53, March 27, 2012 (UTC)

Actually i didn't used Google Translate, I used another strange japanese translator on the web,but i think it wasn't that accurate :/ , but thanks for the correction, can you suggest me any good english to kanji translator??

Thanks, hope you reply :)

First Concept: For elaboration purposes, do you mean that the Archetype pages will be copy/pasted from the main Wikia to here, and that everyone gets their own template page to work with containing their own cards? If so, it's rather counterproductive to create something that already exists. While it's OK to have general things like YGO terminology copied onto this site for the sake of sheer convenience (and because several thousand links go to and need those pages), I honestly believe that Archetype pages that already exist on the main wikia should stay on that wikia. I am however, perfectly fine with having separate template pages for individual users. As you've mentioned, it would shrink the size of these tables to make them less of an eyesore. In a sense, it's already been done on this site to separate works of an existing Archetype by user, just not officially. Case in point: The Archfiend and Archfiends templates.

Second Concept: So 1 card from each of our own pool of cards (3 in all), and we together nominate 7 more from cards that others have made? If that's the case, seems fine. It's about time we actually had got the Featured Card up and running anyway.

Third Concept: We already now allow people to make chapters/fanfiction on the wikia, we just didn't formally/officially make note of it and don't allow crappy/poorly made ones to be posted. If we're going to formally/officially allow it, then we'll need to add a section in the Guidelines on how to make a series/chapter here and a page for how to make a character, complete with templates for both. To tell you the truth, I was going to ask you about this one anyway.

Go for it. If YRPOtaku consents: Do it, and we'll see where this all goes. If it proves to be too cumbersome, we can always revert. Either way, we'll never know until we try anyway. It'll probably look better applied than it does in writing anyways. --Comet Knight 07:19, June 19, 2012 (UTC)

Problem with a Wikitable

I made a wikitable for the archetype "Sage Phoenix" and I kinda screwed up. Can you please fix it and then tell me what the problem was. Kakashiofthemangakyo 14:28, April 1, 2012 (UTC)

yes I'm Azulene, sorry for the last message, I didn't log in correctly.... anyways thanks for the reply, can I use a dictionary, english to kanji? maybe it's better than a online translator ...

Hi! I'm YRPOtaku169! 15:27, June 19, 2012 (UTC)
I think your ideas are all great...save for one.
We should not have separate templates for each individual user's version of an archetype. It seems like that would simply make things overly complicated, as well as segregate cards based on people. This is supposed to be a community wiki, so why fracture that community by taking cards that are supposed to be together and pulling them apart? Furthermore, this separation seems overly complicated, as we would have to track down each and every card in a template, find out who made it, then place it in that person's archetype template.
Please, give me some good reasons why every single person on this wiki should have their own set of archetype templates for EVERYTHING!!! Especially since our parent wiki doesn't do anything of the sort!

Hi! I'm YRPOtaku169! 16:23, June 19, 2012 (UTC)
Your proposal still seems very unnecessary, especially since one of your responses is the exact same thing from before. Regarding eyesore, Yu-Gi-Oh! Wikia has apparently no problem at all with this. You click one of the pieces of the HERO template and it's "Holy s**t, my eyes" at everything on there. If it's not an issue there, it isn't one here.
For your problem with Archetypes, play style is not what determines Archetypes. Naming schemes are. The Archfiends themselves are an example of this. They are called "Demons" in Japanese, and any cards that would support them in the OCG would support any monster with "Demon" in their names, which effectively makes them support half the Fiend-Types in the game.
And wanting cards to be public, is this even an issue to be taken into account? Them not wanting to make templates to showcase their cards isn't an admin-worthy problem. It's a public decision. They chose not to display them, so no one sees them.
You're not solving any problems. You're just making things overly complicated, thinking you're fixing an issue that isn't even really an issue. This kind of stuff happens when you have various people working together to make user-created cards. You get the occasional clash, but usually, these problems sort themselves out. It's up to the users if they want to keep their cards separate, not us.
Also, thanks, Taylor, for helping me with this.

Hi! I'm YRPOtaku169! 07:51, June 20, 2012 (UTC)
What I meant by "screening the selections" was that we make sure that the user submitting the card has been here for a while and has made some edits, as you proposed, and the card itself could be used realistically, as opposed to simply a card that looks pretty, but is actually a piece of crap.

I need you to please delete the entire Sith and Way of the Sith collection. They're all copyright infringement (Star Wars), and as much as I would love to do it myself, I'm busy cleaning out the Categories list at this very moment. --Comet Knight 18:38, June 22, 2012 (UTC)

Going to need your help once more

One major thing the Established Standards lacks is a section for created characters. Since your character (Bakura Yuri) is one of the few character articles that actually resembles the character templates of the main Wikia, and because you (presumably) know how to make a character template, I would like to ask you to make a "How to:" section for characters with a corresponding template for others to use. That way, we'll have some sort of gauge to determine what's passable and what's trash to be tagged and bagged. If you can't or don't know how, I'll try to make something myself. But seriously, it will be appreciated.

As it's been mentioned before, this wikia is a receptacle for anything relating Yu-Gi-Oh, including media. So yes, making a made-up video game cover is fine too, so long as it's not a (subjective) poorly made article obviously. --Comet Knight 23:01, July 7, 2012 (UTC)

It had to be done eventually

Mr. Yuri. As you may or may not know, cards with Demon, Devil, yada yada yada aren't allowed here. This brings up 2 problems: 1, the sheer backlog of cards that contain the disallowed words, and 2: The fact that your Seven Princes of Hell series technically violates this rule. In any case, the following cards have to be either renamed, its user informed of the violation in order to be given a chance to rename it, or the article tagged for future deletion. And sorry for the laundry list:

Hey, Bakura Yuri, sorry for the past mistake. A friend of mine did it. I downloaded all the Virus card images and I made a duel with E-HEROes a friend of mine (another one, not the one mentioned before) and I won 2-1 in a match. One of the best Archetypes in YCM wiki. Keep up the good work.

Bakurayuri, I hold a Yu-Gi-Oh! Tournament and the participant's decks must be inspired from archetypes shown in YCM Wiki. I chose your Virus archetype and I added a couple of cards in my pool to the virus deck and i am in the semi-finals! Keep up the good work. Ah! I started making a pack in Magic Set Editor with a great number of cards inspired by YCM Wiki users' cards, anime-only cards and threds in pojo. I made over 2200 cards! My goal is to edit card pages without images with those with images added by me in order to make it more beautiful! I guess you make the cards using Magic Set Editor. Me too.

Thanks, That Will Help

I dont say other, and i mean that. Thank you. Take care of your health and wish you a good idea season!

I have his permission to use their artworks in the letters that I uploaded, and you can ask for their deviantart u other means to corroborate.

Hi! I'm YRPOtaku169! 20:27, March 9, 2013 (UTC)
And you didn't think that joining this alliance system would be a decision that would involve the entire wikia staff?
Or did you simply think you had the authority to make such a decision without informing or double-checking with anyone else?

Can I please borrow your cards for my Yu-gi-oh RP project? Obviously you will get credit.

Hi. I was wondering if my page had any issues.

I really don't want this deleted, so would appreciate guidance on making sure it's to the standard expected.

Retrieved from "https://ycm.fandom.com/wiki/User_talk:Bakurayuri?oldid=317781"
Community content is available under CC-BY-SA unless otherwise noted.