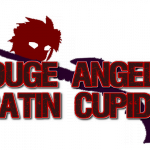 Your name is already added to the friends list.
Trillion thanks for fixing the Beauty of Doom page. If you want to make cards of that set or in the future ones, don't hesitate.
LionHeartKIng (talk) 14:36, July 30, 2014 (UTC)

Sure, I'm still enjoying my CED.
That card and "Silent Honor ARKANGEL" (that Taylor helped with the kanjiwork) are my July's favorite creations.
LionHeartKIng (talk) 05:19, July 31, 2014 (UTC)

Would you mind placing "Courageous Left Hand" and "Heroic Champion - Linksword" in my OC-to-Hybrid Project as cards that are possibly used by Nistro?
I started and Taylor helped me and gathered in a set.
LionHeartKIng (talk) 12:45, July 31, 2014 (UTC)

It is Nistro, the guy who runs Heroics in ZEXAL.
Also, if it is for the project, the only things you have to do is two simple things.

Brilliant.
Did you contact Taylor for that? Didn't see in the Recent Activity that you messaged him.
LionHeartKIng (talk) 13:45, July 31, 2014 (UTC)

Well, I told that if you have an idea for an Infernity Hybrid, don't do that, because I already have it.
And, why do you drop messages from subjects above. Especially in my talk page, which is huge, I have to search through thousands of messages to find yours. Same happens with Taylor's, whose also has a huge talk page.
As for you, I don't face problems, since your talk page is small.
LionHeartKIng (talk) 14:41, July 31, 2014 (UTC)

It isn't that bad.
I feel nostalgic of the Special Editions, and also a big fan of the Deluxe Edition things. Starting from the set The Forces of Light, all my next sets (Beauty of Doom, Aerial Storm and the next sets I'm gonna make in the future) will have both a SE and a DE.
LionHeartKIng (talk) 15:24, August 1, 2014 (UTC)

That's fantastic for me, because they see my name and they conclude: "Well, this guy is a perfect CAC'er and stuff like that".
My promotion on this site started with Taylor's Judgment, when he asked whether to add my Monarchs to his fic. That's nice.
LionHeartKIng (talk) 14:00, August 2, 2014 (UTC)

I see you've taken an interest in my archetype, despite the name ("Chaos Beast"). I'm mainly doing the ones from P4 at the moment, feel free to add any to the archetype if you want. They play similarly to "Yang Zing" for the most part. The Grim Reaper (talk) 18:48, August 14, 2014 (UTC)

Feel free to say no, but is it okay that I can add the cards that directly support the Maiden in Love from your fanfic, like Dark Side of the Maiden?RankUpMagic212 (talk) 00:54, September 29, 2014 (UTC)RankUpMagic212

Since your last talk section has gotten kinda long

Does Tuesday work for you?

So after a good night sleep and some quic thinking here are some characters sitiations and even locations that i could think of to need music. These are all to the top of my head based on what i read from the actual fanfic.

The latter. i actually have a Casting call on behindthevoiceactors.com.

Ocay so i made a new playlist that'll have any music that'll be used in the audiodrama adding 2 new music tracs that i figured fit. Hope you enjoy.

I'm currently working on a AudioDrama of Yu-Gi-Oh! GSTART. And since I'm not much of a music expert (especially when it comes to picking music that fits the character or situation) and you managed to pick perfect music for the NumberShots Series would you be willing to help with music for the AudioDrama?

Retrieved from "https://ycm.fandom.com/wiki/User_talk:Editor2u?oldid=227423"
Community content is available under CC-BY-SA unless otherwise noted.