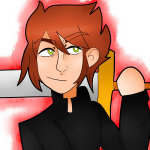 lo of the Hel.
Yes, you may use Evolution Monsters, and as for how they work, I shall link it here. http://ycm.wikia.com/wiki/Evolution_Monsters You're welcome!

Yep. A friend of mine is super into Super Sentai, Power Rangers and Kamen Rider (And runs Super Quants obviously!). So I looked around and saw your Super Quant stuff, and added some stuff. I even based Over Layer on the 6th ranger first Power Rangers series I ever watched! Hawkatana (talk) 02:50, May 25, 2017 (UTC)

idk, just do what Starters usually do and add, in that order: a few Normal Monsters, new Effect Monsters/Spells/Traps that work with Evolution Summoning, and then a bunch of reprints. --XBRAIN130™ 06:04, June 6, 2017 (UTC)

In the reprints section, just take inspirations from previous Starter Decks.
Starter Decks are meant to be for beginner players, so do NOT make this look like a meta-shaking deck, like the Structure Deck Rs.
Just sayin'
LionHeartKIng (talk) 06:49, June 6, 2017 (UTC)

I don't want to sound annoying, but can I make my own Overdrive Monsters? If so, how they work? Will you allow me to make some on my wiki, of course by crediting you?
Sorry if I sound like annoying, and have a nice day.
LionHeartKIng (talk) 22:46, September 7, 2017 (UTC)

Hey!! Can you tell me the descriptions of the Super Quantal Spirit Mechs???

No, as far a I know, the rules about that (which are in the page Laws of Cardmaking) only say that card text should adjust to Official Game Grammar, and Official Game Grammar includes any form of wording used by Konami at any point of the game's history, not just the latest update or PSCT. A card without the latest wording updates isn't incorrect based on the rules, so it doesn't need any kind of "fixing". Also, I find it funny that you say that I don't want to follow the rules, when thousands of cards actually break them (and I'm talking about actual rules), some of them even made by admins who at the same time edited or removed other people's cards for supposedly breaking the same rule. I think you are not being fair being this unflexible to me, I didn't break any rule.--Feder373 (talk) 03:59, May 7, 2018 (UTC)

I was wondering if I could uses your Overdrive Monsters to for my Yu-Gi-Oh! Zero series. Sacred Birth Overdragon has a nice ring to it.--Made up Character Wiki/Dragon Ball Fanon Wiki Admin Jack Jackson Things I do [mod] 07:23, January 18, 2019 (UTC)

Retrieved from "https://ycm.fandom.com/wiki/User_talk:Hawkatana?oldid=292967"
Community content is available under CC-BY-SA unless otherwise noted.